We would like to offer our sincere support to anyone coping with grief. Enter your email below for our complimentary daily grief messages. Messages run for up to one year and you can stop at any time. Your email will not be used for any other purpose.

Share a memory
Obituary & Services
Tribute Wall
Read more about the life story of Frank and share your memory.

BRISTOL-Frank A. Bernardi, 87, died Sunday, January 1, 2023 after a period of declining health. Born in  Malden, MA, the son of Frank and Marguerite Deschamps Bernardi. Frank was raised in Everett where  he graduated from Everett High School and enlisted in the US Coast Guard, serving for five years. After  discharge, he worked in computer data processing for a company in Saudi Arabia. While on vacation in  Spain, he met the love of his life, Maria Engracia Cerrato Jereldes. They married and returned to

Lynnfield, MA where they started a family and he began working for Provident Institute of Savings Bank  in data processing.

In 1969, the family found Newfound Lake and proceeded to spend two weeks every summer at the Lake.  Later in his career, Frank spent time working for ITT Sheraton as a realtor in Virginia/Florida. When it  came time to retire, Frank and Mary decided to move to New Hampshire, settling in Plymouth. Frank’s  second love was golfing, so he spent as much time as possible on the links at White Mountains Country  Club. Frank wanted more time at the lake, so he and Mary moved to Bristol in 2002 and made daily trips  to Cummings Beach.

Frank was a devoted, lifelong Red Sox fan, and although he enjoyed the other New England sports  teams, his BoSox were the center of his sports universe. Frank and Mary also maintained a huge  vegetable garden each summer.

Services will be private. He will be interred with military honors at the NH State Veterans Cemetery. In  lieu of flowers, donations may be made to the Newfound Lake Region Association, 10 North Main St., Unit 1, Bristol, NH 03222, or online at www.NewfoundLake.org.

To send flowers to the family or plant a tree in memory of Frank A. Bernardi, please visit our floral store. 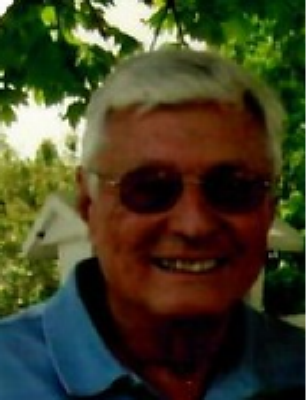 Look inside to read what others
have shared
Family and friends are coming together online to create a special keepsake. Every memory left on the online obituary will be automatically included in the book.

Look inside to read what others have shared

Family and friends are coming together online to create a special keepsake. Every memory left on the online obituary will be automatically included in the book.

You can still show your support by sending flowers directly to the family, or by planting a memorial tree in the memory of Frank A. Bernardi
SHARE OBITUARY
© 2023 Emmons Funeral Home. All Rights Reserved. Funeral Home website by CFS & TA | Terms of Use | Privacy Policy | Accessibility